ὁ Λόγος: In the Beginning Was…

Posted on October 16, 2014 by Julianne Victoria 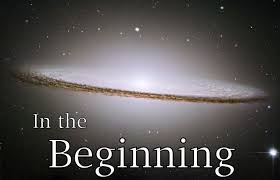 In my last post on the Study in a Course in Miracles blog, The Word and Voice of God, I discussed how words and voices are sounds, and just like light, sound is vibration or vibrating energy. And, as physics and quantum physics has been bringing to greater and greater light over the past century, everything is and is created from vibrating energy. Writing that post was, in a way, a nudge to myself to write this post on λόγος, “logos” [low-goss] in English, which has been in my writing queue for some time.

Back in 2009 I had begun to read Martin Heidegger’s Being and Time. It’s a fascinating read, especially for a language geek like me because, though I read an English translation, many of the notes at the bottom of each page gave the German original. Heidegger also used many Ancient Greek and Latin phrases, and by looking at the etymology, the philology and comparative linguistics, and the meanings of the words across the languages, this already densely written book on existence and ontology, on Being and being-ness, became a beautifully slow, deep, spiritual read for me.

Though I could probably write posts on this book alone for a year, here I will briefly discuss insights into ὁ λόγος, both as a linguistic and philosophical study inspired by Heidegger’s writing on it, and as a hermeneutic study of its use in the Bible in John 1:1: 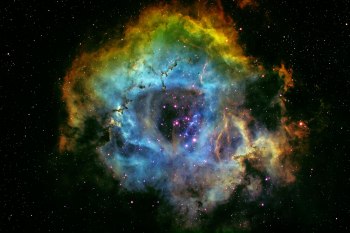 There are a few things that get lost in translation: 1) The verb ἦν (was) is in the imperfect tense, which means a continuous state of being or existence. 2) The preposition πρὸς (translated as with) is taking the accusative case: τὸν Θεόν (God). With a noun in the accusative, prepositions imply motion or movement, and here we could translate the middle phrase as: and the Word was (in motion) upon, towards, along with God.

In Being and Time, Heidegger focuses on λόγος as meaning discourse, and as he says, “to make manifest what one is ‘talking about’ in one’s discourse.” He connects his discussion on λόγος to making visible the truth or dis-covering the hidden, the covered: “because λόγος is a definite mode of letting something be seen” [through talking about it, discourse]. To talk about something, to discuss, to debate, to tell a story, etc. we can only expose, uncover, and bring things to light.

All the meanings of λόγος above require relationship – between speaker and listener, or between some observer/receiver and the source of information/words. Heidegger points out, “because λόγος can also signify that which, as something to which one addresses oneself, becomes visible in its relation to something in its ‘relatedness’, λόγος acquires the signification of relation and relationship.”

If we take λόγος to mean words, sounds, and thoughts, and we break that down into vibrations or vibrating energy, we can begin to feel the full meaning of λόγος. Einstein proved that everyone and everything, especially when broken down to the most basic constituents, is energy: E=mc2. And everyone and everything in our lives is in relationship on some energetic level. With this in mind both a more ancient and modern translation to John 1:1 could be:

I am a writer, spiritual life coach, and intuitive healer in Santa Barbara, CA. I hope to help heal, teach, and inspire others on their journeys and in this life. © Julianne Victoria and Through the Peacock's Eyes Press under the Common Law Copyright; My main Blog: www.peacockseyes.com
View all posts by Julianne Victoria →
This entry was posted in Religions & Philosophies and tagged Being, existence, existential philosophy, God, Heidegger, in the beginning, Insights, λόγος, John 1:1, life, lost in translation, San Francisco life coach, Spirituality. Bookmark the permalink.

10 Responses to ὁ Λόγος: In the Beginning Was…