Animal Spirits: The Hawk and the Falcon

Posted on November 30, 2013 by Julianne Victoria 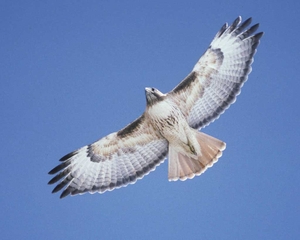 hawk or falcon fly by above me. Like the owl I had never seen nor heard a hawk or falcon in the city before. The next day as I was walking my Alaskan Malamute pups two red-tailed hawks were circling and gliding above us for a few minutes. Again the next day, while hiking up a hill, another beautiful hawk circled around and then flew off. Birds in general are considered messengers of spirit, and with three calls and three sightings over three days, I knew this was an important message.

Hawks and falcons have very keen and clear sight, and are very observant and aware. They are also known for retaining long-term memory and the bonds of relationships. These qualities made them both excellent hunters, but also enabled humans to develop falconry, a mutually respectful hunting relationship built on loyalty and teamwork.

As symbols of renewal, radiance, and healing, hawks and falcons are also affiliated with sun gods, such the Ancient Greek Apollo. In Ancient Egyptian mythology, the sun god Ra and the god Horus (sometimes these two are combined) are depicted with the head of a falcon and sometimes a hawk. As sky gods they watch over man below, and as sun god(s) they illuminate and protect the earthly realm. Ra also presides over the underworld, carrying and guiding souls that have passed on.

The number three, and trines, is an auspicious number. It represents creativity, abundance, and self-expression, all of which comes through and develops with relationships and community. The messages of my hawk encounters are many-layered, but I do know that they have affirmed that I am on the right path.

I am a Spiritual Counselor, Shamanic Healer, Writer, & Creator. I hope to help heal, teach, and inspire others on their souls' journeys and in this life. © Julianne Victoria and Through the Peacock's Eyes Press under the Common Law Copyright www.juliannevictoria.com
View all posts by Julianne Victoria →
This entry was posted in Animal Spirits and tagged animal guides, animal messengers, birds, falcons, hawks, Horus, number three, Ra, shamanism, spirit, symbolism, Valhalla, Valkyries. Bookmark the permalink.

22 Responses to Animal Spirits: The Hawk and the Falcon