Posted on February 15, 2016 by Julianne Victoria

Recently I have come across a couple of snakes, first on a run a few days ago and then this morning while walking to the dog park. Both of these snakes were dead, which did not alarm me. It reminded me of this Animal Spirits post about the snake that I wrote two years – at a time when I was deep, deep in the process of bringing many cycles of psychic, energetic, and ancestral wounds to a place of healing, wholeness, and completion. Seeing these snakes, which symbolize the continuous and eternal cycles of all that is, felt like affirmation that one cycle has completed and a new one has begun.

In the post, The Ninth Nakshstra: Ashlesha, I briefly touched on Ashlesha’s symbol, the snake, so I thought this would be a great time to go into the snake symbolism some more. The snake has many dualistic qualities. Across cultures they have been the symbols of healing and death, good and evil, and wisdom and cunning. Snakes can be patient and protective or brash and elusive. Whichever way they lean, they are always very aware and intelligent. 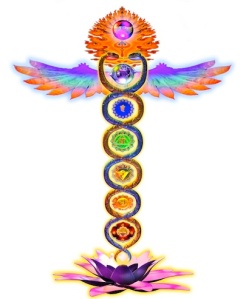 Snakes represent both masculine and feminine energy, and thus are considered to symbolize both the sun and fire, and the moon and water. As a masculine symbol it is assertive, phallic, and authoritative. As a feminine symbol it is psychic, creative/cyclical, and emotional. When two snakes intertwine it symbolizes the two primal forces, the divine masculine and the divine feminine, coming together. Within us the Ida (feminine) and Pingala (masculine) Nadis or channels intertwine around the chakras, through the middle of which runs the Sushumna Nadi, where Kundalini, the “serpent” or spiritual energy, rises. 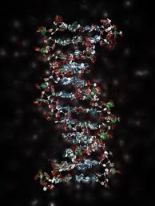 This integration of opposites is also seen in the shape of the double helix of DNA and in the caduceus, the symbol for the god Mercury/Hermes. As mentioned in the last post, Mercury is a 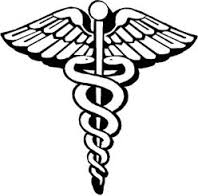 neutral planet in astrology, both/neither benefic and/nor malefic. He is dualistic much like the attributes of the snake. Mercury was also a messenger, who assisted the communication between man and the earthly realm, and the gods and the spirit realm. Because of this he is also a guide for the dead, leading souls from this physical world into the immortal world, just as snakes are thought to exist within and between realms. Among Shamanic traditions, the snake forms the cord that allows the shamans to travel the spirit realms. Snakes, who regularly shed their skin, are symbols of rejuvenation, transformation, death, birth, rebirth, and the shadow realms.

Though the caduceus of Hermes is often used as a medical symbol, it is really the rod of Asclepius, the god of healing and the medicinal arts, with its single serpent wrapped around it, that is a symbol for medicine. Though the venom of a snake bite can be deadly, it is that same venom that can be used as healing medicine. In Vedic myth snakes are also associated with both life and death: the gods had placed the demon-snake Vasuki in charge of churning the milky ocean, within which the gods had hidden both the nectar of immortality and poisons. Of course, the both wise and cunning Vasuki decided to taste the immortal nectar only to be caught and then decapitated by the gods. However, since he had tasted the immortal nectar, Amrita, his head and body live on as the “shadow planets” Rahu and Ketu, respectively.

The snake as a symbol of immortality is also shown in the Ouroboros, a serpent (or

sometimes dragon) that eats its own tail. The Ouroboros appears in Ancient Egyptian, Greek, Celtic, Norse, Mayan, and Middle Age European art. In ancient Norse Mythology, the sea serpent Jörmungandr grew so large that he surrounded the earth and held his tail in his mouth. It is he who holds the earth together, and thus he is called the World Serpent. The Ouroboros symbolizes the continuous cycle of life, immortality, the totality of existence, and the wholeness (or oneness) of All.

I am a Spiritual Counselor, Shamanic Healer, Writer, & Creator. I hope to help heal, teach, and inspire others on their souls' journeys and in this life. © Julianne Victoria and Through the Peacock's Eyes Press under the Common Law Copyright www.juliannevictoria.com
View all posts by Julianne Victoria →
This entry was posted in Animal Spirits and tagged animal guides, Asclepius, caduceus, consciousness, death, divine feminine, divine masculine, healing, kundalini, Mercury, ouroboros, sacred wisdom, shamanism, snakes. Bookmark the permalink.

5 Responses to Animal Spirits: The Snake/Serpent