Posted on September 17, 2013 by Julianne Victoria

screen. She hung around for a while criss-crossing the screen and checking out the modern ‘net. Though I am not fond of spiders, I don’t mind them, well, as long as they don’t jump or crawl on me. When I see one, I negotiate this point, and they seem happy with our compromises. 🙂

I was re-reading my Butterfly Journal posts (#1 and #2) and reflecting on how I have been re-creating my life and my home when the little white spider appeared. Spiders are the master weavers of their homes and their lives. Sometimes a silly human will walk through their intricate webs that they’ve worked meticulously and patiently on and unknowingly, or sometimes knowingly, destroy them. Sometimes, the spiders decide they need to pack up and leave to find a better location to build a new home. Sometimes they stay in the same area and repair or rebuild over and over again. It felt like my little white spider was giving me a (or eight) thumbs-up, encouraging me to keep working diligently to weave the web that is my new life.

Spiders have eight legs and eight eyes (usually). Eight is the number and symbol of infinity, the cycles of time, of death and rebirth, and of destruction and creation. It also represents repetition, momentum and movement forward, continuation, and the continuum. Though often viewed as creepy and scary, spiders seem to be content with the workings of life and nature, and hold within them an understanding of eternal wisdom. 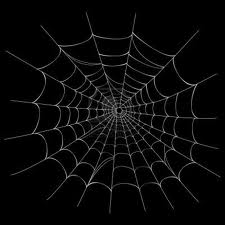 The spider’s delicate webs with their spiral patterns are both beautiful and difficult to see. They create the illusion that there’s nothing there, sealing the fate for whatever insect becomes their next meal. The Moirai, also called the Fates or Parcae, in Ancient Greek and Roman mythology were weavers who determined the fate of every human’s life. Clotho spun the thread, Lachesis determined the length of the thread, and Atropos not only cut the thread, but chose how the end, death, would come. Humans were lost in the illusion that their lives were in their own hands, but it was actually these weaver-goddesses who set their fate.

Overall, the spider’s symbolism and meaning is profound:

May we all be the masters of our own weaving to create beautiful and interwoven lives!

I am a writer, spiritual life coach, and intuitive healer in Santa Barbara, CA. I hope to help heal, teach, and inspire others on their journeys and in this life. © Julianne Victoria and Through the Peacock's Eyes Press under the Common Law Copyright; My main Blog: www.peacockseyes.com
View all posts by Julianne Victoria →
This entry was posted in Animal Spirits and tagged animal guides, arachnids, awareness, Continuum, Fate, George Bernard Shaw, illusion, infinity, insects, interconnectedness, journals, Moirai, numerology, self-reflection, shamanism, spiders, symbols, tarantula, totem animals. Bookmark the permalink.

21 Responses to Animal Spirits: The Spider